My advice to the reader is to skip this section entirely and only read it if the things I say seem odd. If that does not happen and everything I say makes sense, my mission would have been accomplished already and there is little reason to read ramblings about my personal motivations.

Even though most of the articles you will find here are meant to contain a dispassionate treatment of various aspects of AI, sometimes this treatment will look hot and controversial, because AI is intimately related to some deeper and personal questions, like "why are we here?" and "will we continue to be here?". And when those controversial treatments appear, the reader may have additional reasons to wonder about my motivations. So here I say a few things about those motivations, especially as they relate to politics. It isn't because my positions are particularly odd, but because knowing them might help the reader enhance his/her own opinions, which is my ultimate goal.

I grew up in communist Romania; my father had been a journalist at the main newspaper, the government's mouthpiece. Periodically he had editor duty, which meant reading the entire newspaper the night before printing, looking for all sorts of errors, not just in spelling and grammar, but also in meaning and intention. By watching him, I acquired early a decent respect for language and its power to shape beliefs. He also kept a dictionary of more difficult words, with many examples of their uses, in full paragraphs, not just sentences. Without knowing it, my father was applying denotational semantics, the basic theoretical assumption behind textual analysis with AI algorithms.

Denotational semantics is usually summed up as "you a know a word by the company it keeps". The context of the word in various parts of the text, i.e., the set of all the words close to it in various sentences (the "neighborhood" of the word) is what gives the word its meaning. It turns out that there is another data structure, called a graph, and the nodes in the graph also have neighborhoods (=contexts); similar AI algorithms can be applied to the analysis of these graphs. Graphs are the main structures of interest to us, because some of the most interesting and worrisome questions about the rise of AI are about these graphs. Graphs are at the core of all social networks, like Facebook and LinkedIn, and also at the core of networks of concepts, like Google's Knowledge Graph. So we could go, in a well justified way, from words to people, and say "you know a person by the company he/she keeps". Contexts are extraordinarily powerful, in both language and social settings. 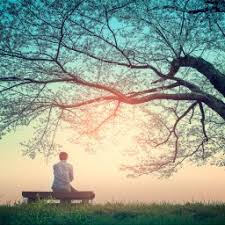 My career took me through Computer Science, Mathematics, Statistics, Software Engineering, and more recently, Data Science. Without me planning for it, it turned out that all these threads converged naturally into a toolbox for designing and implementing large AI systems. When you work on these AI systems and see their power, some questions start popping up. One of them was the question of identity. If your combined digital twin (= the as-of-now-idealized conflict-free aggregation of all the information available about you online, through Facebook, Google, Amazon, banks, credit agencies, 23andme, medical records, Social Security, etc.) knows more about you than yourself, it seems logical that the identity of this digital twin has to be secure and it has to be under your control. Not under a control that is spread between many corporations and government agencies. And this is when my alarms went off.

In this website I am trying to bring a few threads from my work experience in AI together. I am kind of hopeful and apprehensive at the same time about the whole thing. AI is a different kind of technology, no parallels with past technologies seem to do it justice; it has unprecedented upside and downside potentials. Undoubtedly, that stark difference between the up and the down will push us into the voting booth. These days AI is mostly framed in the media as a sort of next level of robotic prowess. Robots are a small concern of mine, my concern is with more powerful forms of AI, housed in large data centers around the world and working on large graph data about people. You will have to read some of the articles to see what I mean by that.

Most of the material I present here comes from rough, sometimes technical, other times more philosophical, notes taken while I was working on strictly technical AI projects. Those original notes were dry, and they were not much fun to navigate through. So I began structuring them as a website, because a website lights up the words with visual and auditory information, adding playfulness to the subject and easing the digestion. Then I began thinking of making the notes available to colleagues, relatives, and friends, so I toned down my personal opinions and rewrote the entire material in a more popular, less technical style. As I was musing about putting those notes online, the topics and the connections between them took a life of their own; I began to get more creative and inserted music videos, and some eye-candy scripts, in order to provide a pause, my wish being to make reading the articles more fun and accessible (even for myself), not just a bunch of explanations. I don't aim to be right, and many times I insert opposing viewpoints, even points of view I disagree with; I aim to provoke the reader. And in doing so, I take some poetic and musical license at times, hoping that if I keep chiseling this website enough maybe some day it will sound like this:

I have seen the effects the Cold War had on people, from both sides of that war. After college graduation (Computer Science), I could not work at a certain institute in Bucharest because my mother lived in Israel. I wasn't the only one with a bad file, 7 out of 10 of us were in the same position, a symptom of Communist paranoia. Shortly after graduation, I moved to Israel and got my first job with a dream company, which happened to be the main supplier of computing equipment to the Israeli army. Did my boot camp later and was supposed to work in the army's computer engineering unit when ... oops, your father is a known figure on the other side of the curtain and we are afraid he might ... It made sense from the army's viewpoint, I have no quarrel with that.

That exposure to Cold War drama formed many of my opinions. Soon thereafter I moved again, this time to Canada, and later to the U.S., adding two more citizenships to my previous two. But those were the times, I get that; and despite all those tribulations, both Romania and Israel are in my heart; I had a good time in both countries, met wonderful people and formed lasting friendships. Not surprisingly, I get chuckles from the passport control anytime I visit either country. Anyway, it's wonderful to see that my beloved formerly communist Europe is now breathing the same air as its Western counterpart.

I played bridge at Technion many times with Palestinians, enjoyed pork at Arab restaurants and I do not for one moment believe that peace is impossible. And as a matter of fact, I make the point in one of the articles of the website, utopian as it may seem, that maybe AI is the conduit to that peace. All this personal blabbering is so that it may help you understand why I write what I write, when and if politics touches the topic under discussion.

It would help you when you read through, to know some of my current political leanings because there will be some biases, of course. My intention is to help you form your own opinions about AI, so that you can vote on AI matters based on a richer knowledge. 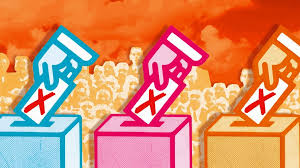 I am a registered Democrat, just like Reagan and Trump were before they had an "awakening", and I jokingly say that I belong to the Democratic wing of the Democratic Party; i.e., I am a centrist Democrat and I value cooperation on practical issues more than confrontation on ideology. (It is getting very lonely in the center of the political spectrum these days.) I have voted for Barack Obama twice and I would have voted for him a third time if I could have. I voted for Hillary Clinton in 2016 and I believe she would have been a very successful President. (And since we are here, I would have no trouble listening to a Kasich, or a Romney, or a McCain.)

The progressive wind going through the Democratic Party intrigues me. My assumption is that younger Democrats are clear and passionate about their goals, work to chisel rather than shake the foundations of liberal democracy, and will not allow their valuable progressive ideals to be painted as resembling past Marxist versions. Some of these progressive ideas bring in a badly needed fresh perspective and are due for a healthy debate; I consider Bernie Sanders' speeches to be the best political speeches we have heard lately, although my views are at the right of Sanders.

I pay extra attention to those politicians who can work with the other side, because it is unlikely that AI will invite us to dinner based on our political views. Joe Biden is a perfect example of such politician, that's why I voted for him in the 2020 California Democratic primary and also in the general election. Biden has made it quite clear that he will not hesitate to bring Republicans into his future cabinet.

I am also intrigued by the Sanders/Trump intersection of voters, people who would vote for either one given the choice, which I chalk down to a desire to listen to unconventional ideas, because the conventional ones have not alleviated the pain their families are feeling. Which pain is mostly due to AI taking jobs away.

While confronting Chinese trade practices and cavalier treatment of intellectual property is necessary, a realistic view of China as the most astonishing transformation of a country in the last 40 years and a deep respect for its accomplishments are essential if we are to forge a peaceful future together. Secondly, as I mention many times, the immigration policies of the current Administration, as far as the future of AI is concerned, are most worrisome. These policies have created the impression, justified or not, that the U.S. doors are closing. The timing is particularly bad with respect to AI: there is an extreme worldwide shortage of skilled AI engineers and scientists and we need to offer unambiguous support to all those who want to come here, no matter where they come from.

Finally ... I have four grandchildren and I have to end it here because one of them is banging on my keyboard! And by the way, if you see anything wrong on this website, it all comes from that banging!