The mishandling of Iran

In the spring of 2016, we needed to add to our team a data scientist who had an educational background in psychology. We were building an AI system for a network of people who were doing business with each other. An ambitious project, a social network with the main relationship being a business relationship, instead of the friendship relationship you see in Facebook, for example. In the process of building that graph, we needed to build profiles for the people in the network, and psychological features obviously had to be a part of those profiles, since psychological features play a central role in the success of business relationships. 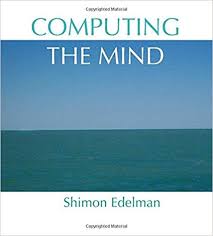 We interviewed a very good candidate, an Iranian immigrant. He did his PhD thesis under Shimon Edelman at Cornell University. Professor Edelman is well known for his research in cognitive science; among many other accomplishments, he wrote a book "Computing the Mind" which I had read a few years back; one of the main arguments in that book is that mind is computation, a simplifying and very useful idea which is now pursued by many and which we embellish in many parts of the website. I spoke with Professor Edelman about the candidate and received a warm recommendation, not just from a professional standpoint. It turned out that they were friends and shared many other interests, beyond cognitive science.

That phone conversation confirmed my own experiences of working with Iranian scientists and engineers. I became friends with some of them, we shared many interests and a world view which were completely at odds with the negative images of Iran that have been flooding the American psyche recently. There are many misunderstandings about Iran. There is no doubt that elements of the Iranian regime have provided support for terrorist organizations and that Iran pursued policies which are antagonistic to U.S. interests in the world. There is also little doubt that Iran harbored ambitions of developing nuclear weapons. But punishing a whole country for the misdeeds of a regime does not seem to be in our national interest. Most Iranian immigrants to the U.S. have become well respected and productive members of the American society. 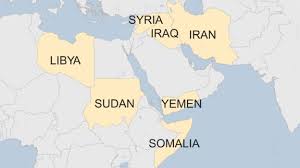 On January 27, 2017, President Trump signed Executive Order 13769, titled Protecting the Nation from Foreign Terrorist Entry into the United States, and often referred to as the Muslim ban or the travel ban. It was effective until March 16, 2017, when it was superseded by Executive Order 13780. The original travel ban included restrictions on seven majority-Muslim countries: Iran, Iraq, Libya, Somalia, Sudan, Syria and Yemen; the list was subsequently revised and Iraq and Sudan were replaced by two non-Muslim countries: North Korea and Venezuela. Nevertheless, the suspicion that this was an anti-Muslim ban lingered for a long time. Amongst the people who were almost denied entrance to U.S. because of the ban, were the parents of Maryam Mirzakhani; they were coming here from Iran to participate in the funeral of their daughter, one of the most talented mathematicians of our time, and one of the most stirring stories of our time. (Mirzakhani had passed on July 14, 2017.)

The Stirring Story of Maryam Mirzakhani 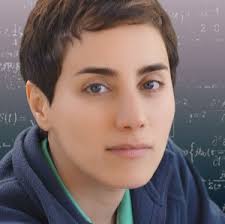 Mirzakhani grew up in Tehran, Iran, and math was not on her dream list in the beginning. She attended a school for gifted children, where in the beginning she received the highest grades in all subjects ... except math. She told people that she's had it with math. But later on in high-school, she together with a good friend of hers, became the first two women to qualify for the team representing Iran in the International Mathematical Olympiad. In 1995, Mirzakhani was awarded the gold medal in that annual competition with a perfect score.

She was accepted at Harvard and came to the U.S. in the fall of 1999. Geometry was her love and she excelled in an obtuse area known for its extreme abstraction, moduli spaces. She developed a unique intuition for the subject, which she nourished by doodling on large sheets of paper spread all over the floor. She published three papers of extraordinary depth and originality, and in the process proved the Witten conjecture, connecting and explaining aspects of quantum gravity with mathematics.

She became a full professor at Stanford University in 2009, and in 2014, at the International Congress of Mathematicians in Seoul, she was awarded the Fields Medal, the highest honor in Mathematics (as there is no Nobel prize in Mathematics). She was the first woman to win the Fields medal, the first Iranian and the first Muslim. The Fields Medal has some conditions attached to it, one of them being that the recipient must be of age younger than 40 at the time of the breakthrough for which the award was given. She was 37 at that time. Mirzakhani died at Stanford of breast cancer right after turning 40.

There are many videos of her on YouTube and I am sure you may be enjoying some more polished ones. I chose the video below because it contained a pretty good review of Mirzakhani's accomplishments mixed in with a valuable political reference. The Iranian President tweeted a congratulatory message when she received the Fields medal, and included a picture of her without a head scarf; after that posting, the Iranian media followed suit and she was shown on many Iranian media outlets without a scarf, the first time that has happened in the Iranian media since the 1979 Islamic Revolution. Moreover, in the same video, Stephen Hawking makes his appearance in the Oval Office, through a stock video clip. The author of the video made the connection with Hawking because Maryam's work has applications for understanding the math behind Big Bang, one of Hawking's most famous results. I am cutting the video off right before the speaker goes into the mathematics of that connection with Hawking's work, which is not relevant to our topic.

Rest in Peace, Princess of Math!

I have watched many other videos of Maryam Mirzakhani, and I was interested also in the reaction of the Iranian people to her extraordinary life and accomplishments. She broke so many taboos about women living in Muslim countries and it was also this aspect that made her story magnificent. So I read many of the comments that ordinary people posted in the comments section of these videos and I was struck by one of them in particular. This video spoke to me the most maybe because of the simplicity and the music in Farsi that accompanies it. It has a haunting beauty to it, although I do not understand the language. I was particularly moved by one of the comments, which I reproduced in the title of this paragraph: "Rest In Peace, Princess of Math!". Maybe that comment should encourage us to provide the Maryams in the Middle East with all the support they need to flourish, as women, as scientists, as mothers. And as Americans, it may encourage us to continue to provide a home for all these extraordinarily talented people, if they choose to come here. What they carry in their minds and in their souls is far more important than what country issued their passport. Here is that video:

So this exposes a paradox in our views of Iran, and that paradox is explained much better in the following clip. But the clip is much more than an explanation of the Iranian paradox, it is an illuminating review of a very long and misunderstood story of the Middle East. And also, a mention of the interesting evolution of a women movement in Iran, which appears very surprising at the beginning, but also explains the medium in which someone like Maryam Mirzakhani was able to rise and flourish.

Moonlight floods the whole sky from horizon to horizon;
How much it can fill your room depends on its windows.

Iranian AI Experts in the U.S.

On November 1, Google basically questioned the intelligence of anyone who wants to ban artificial intelligence experts from Iran and elsewhere from entering the United States. Eric Schmidt, Chief Executive Officer of Alphabet, the parent company of Google, was the keynote speaker at a day-long Artificial Intelligence and Global Security Summit organized by the Center for a New American Security. Dr Schmidt made the statement that some of the world's best artificial intelligence experts belong to countries which would be affected by the U.S. President's proposed immigration restrictions. 'Would you rather have them building AI somewhere else, or here?' he asked. 'Iran produces some of the smartest and top computer scientists in the world,' he went on. 'I want them here; to be clear: I want them working at Alphabet.' 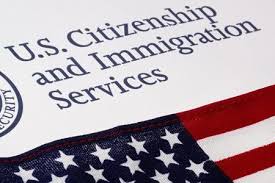 Dr Schmidt makes a strong point. The U.S. has benefited enormously for decades from the skills of people coming here from different parts of the world. It allowed them in, gave them the resources to do their work to highest standards of scrutiny, and watched them file patent applications, win big prizes and enrich the American dream. With their success, the U.S. succeeds too. Here is a different take of that view on immigration, made at a different time and place, and extending the argument to include the negative effects on high-tech brought by the limits imposed on H1-B visas:

This is particularly the case with Artificial Intelligence. As the Summit's organizers explained, the AI revolution has 'transformative potential to alter power dynamics, the character of conflict, and strategic stability among nations and private actors.' In order for the United States to anticipate changes and capitalize on opportunities, it needs the very best brains on AI. Google says some of them are in Iran. The dangerous immigration policies have also intimidated other people, not just those in the seven designated countries. It scared off one of the members of my team, who canceled his trip to India at that time, not knowing if the list of seven will stop at seven and whether this ban signified the beginning of an anti-immigrant current of opinion in the U.S.. Enrollment of foreign students in our graduate programs has been down for the same reason. Here is Thomas Friedman, of New York Times, making the point against restrictive immigration policies better than I can:

President Ronald Reagan chose the subject of immigration for his last speech. In the context of AI, the unusual skill level that AI engineers and scientists bring with them and the crushing competition to find and employ them, should push the issue of immigration to a more careful evaluation and remove some of the more emotional and ineffective arguments from the discourse. Let's conclude our article by listening to President Ronald Reagan giving one of the best articulated and most moving rationales for welcoming new immigrants here, regardless of where they are coming from.